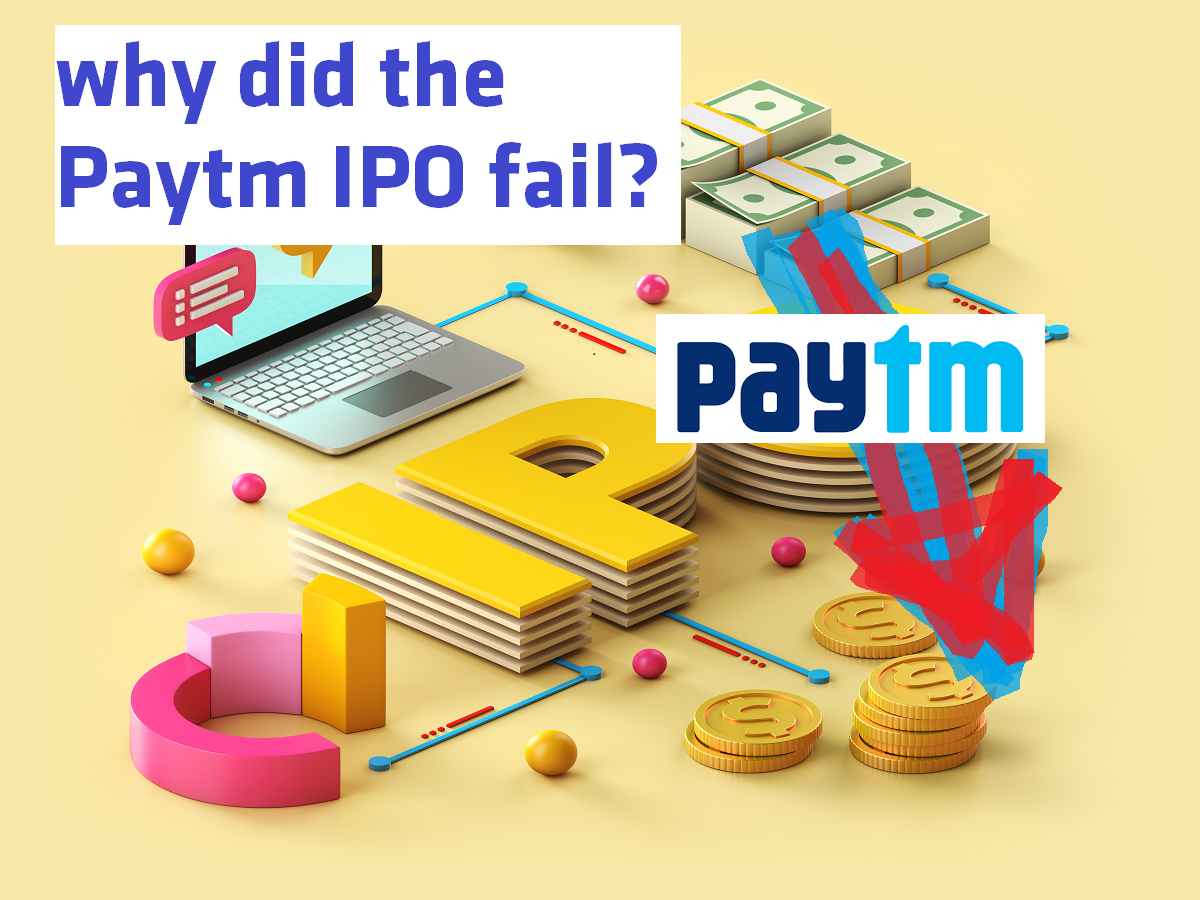 Last year, Paytm launched India's biggest IPO in 2021, raising over 18,300 crores at a valuation of around $20 billion. There was a lot of excitement - as Paytm was following the success of Zomato and Nykaa's IPOs - which both doubled their investors' money. The stock price of Paytm, however, was down 27% on the day it went public. Their IPO price is down more than 70% at the time of writing this article. Unlike Zomato and Nykaa, which were oversubscribed 38X and 82X, Paytm's IPO was barely oversubscribed - just 1.89X. It seemed like Paytm miscalculated people's enthusiasm for the company.

A Chinese connection: During Paytm's IPO, they raised 18,300 crores, and 8,300 crore were primary shares, which means these were first-hand, brand shares. *10,000 crores were secondary shares. This means these shares were already owned by somebody else, one of Paytm's stakeholders, and they're using the IPO as an opportunity to get rid of them. Therefore, more than half of Paytm's IPO shares came from Paytm's old investors jumping ship. One other variable was Paytm's ownership - specifically, the nationality of some of the company's key stakeholders. Paytm raised a lot of money from Chinese investors: Alibaba and Ant Group owned 6.8% and 27.9% of Paytm respectively before the IPO, and Ant Financial sold shares worth *5,000 crores, which is half of all the secondary shares that Paytm was selling.

Understanding Paytm's stagnant and complex business model: The demonetization happened in November 2016, and Paytm was ready to capitalize on it. During the first three months after demonetization, their user base went from 125 million to 185 million, and by November 2017, they had 280 million users. For Paytm, things were going well, but they didn't realize or perhaps didn't want to acknowledge just how precarious this wallet business was - all it took was an alternative that didn't require setting up and putting money into a wallet, and Paytm would be gone. With UPI, users didn't need wallets - they could pay directly from their bank accounts with QR  codes and UPI IDs. In a matter of minutes, a huge chunk of Paytm's business was gone. They have since conceded and joined UPI, competing with the likes of Google Pay and PhonePe. They've also had to find new ways to make money.

In the end, Paytm still doesn't have a clear plan. They're still trying to figure out how to get all of their users to pay. Investing smells like desperation to investors. They've diversified into consumer lending, gaming, online wealth management, and insurance, but investors don't see these as strategic initiatives, they just see them throwing stuff at the wall. Paytm still spends around 2,613 to acquire every new customer, but only earns *556 from them - that's lifetime customer value, according to the Macquarie report. They're spending 4x as much as they're earning from their customers, and they don't seem to know what to do.