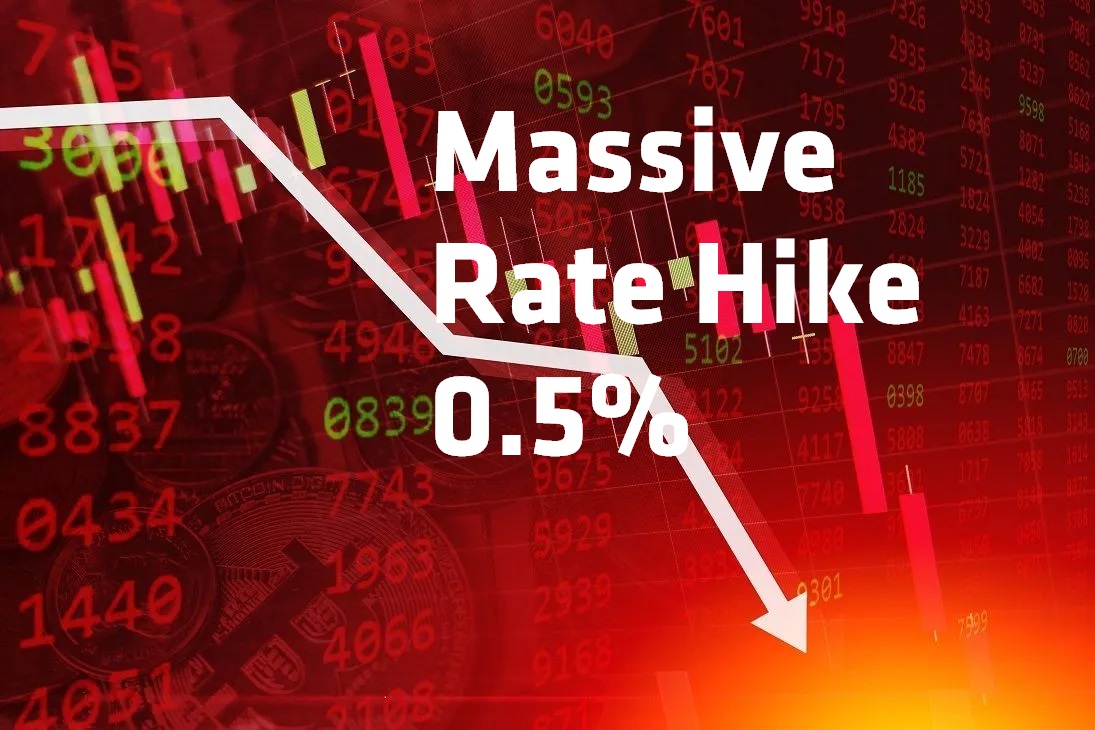 Reserve Bank of Australia raised the nation's interest rates for the second time in a row, raising the cash rate target by more than expected 50 basis points to 0.85 per cent.

The unexpected magnitude of the rate increase has sent shockwaves across the nation, providing further evidence that all is not well economically.

Furthermore, clues from the RBA itself - as well as predictions from a range of financial experts - indicate that today's hike is only the tip of the iceberg.

The average owner-occupier with a $500,000 mortgage will experience a $133 increase in monthly repayments due to today's rate hike.

On a loan of $1 million, today's increase will result in an increase of $265 per month in monthly payments.

PropTrack economist Paul Ryan stated that today's hike was yet another step in the RBA's process of "normalizing" interest rates after they were cut to emergency levels during the peak of the COVID-19 pandemic.

Ryan stated that high-interest rates are weighing on housing price growth across the country in 2022. House price growth has slowed significantly with annual price growth falling from 24 percent six months ago to only 14 percent in the year to May.

"This slowdown has particularly affected the most expensive capital markets of Sydney, Melbourne and the ACT, which recorded price falls in May."

Comments on RBA lifts interest rates by 50 basis points to 0.85 per cent