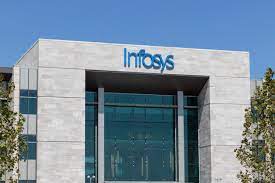 During its meeting on Sunday, the board of Infosys Limited, India's second-largest IT services company, decided to reappoint Salil Parekh as its Chief Executive Officer (CEO) and Managing Director (MD) for a five-year term beginning July 1, 2022, and ending March 2027.
Salil Parekh will be paid 79.75 crore per year after shareholders approve his 5-year term reappointment, making him one of the country's highest-paid executives.
This would also represent a raise of 88 percent from his previous five-year salary.
In the shareholder notice, the firm justified the fat hike citing industry-leading growth in recent years.
A stock exchange filing shows that he received a salary of * 71 crore in fiscal 2021-22, up nearly 43 percent from * 49.68 crore in fiscal 2020-21.
The salary of Mr Parekh for 2021-22 is: 52.33 crore in perquisites, fixed pay of 5.69 crore, including 38 lakh in retirement benefits, and variable pay of 12.62 crore.
Salil Parekh's jump in compensation results from Infosys board of directors' approval of a grant of 104,000 shares to six key management personnel and another 375,760 shares to 88 other senior executives.
However, Infosys co-founder and chairman Nandan Nilekani chose not to receive any compensation.
Since January 2018, Parekh has been the Chief Executive Officer and Managing Director of Infosys.
TCS CEO Rajesh Gopinathan earns * 25.76 crore, Wipro's CEO earns * 64.34 crore, HCL Tech's CEO makes * 32.21 crore, and Tech Mahindra's CEO makes * 22 crore.

Comments on Salil Parekh, Infosys CEO, will get a *79.75 crore salary after he's reappointed, up 88 percent from his previous pay