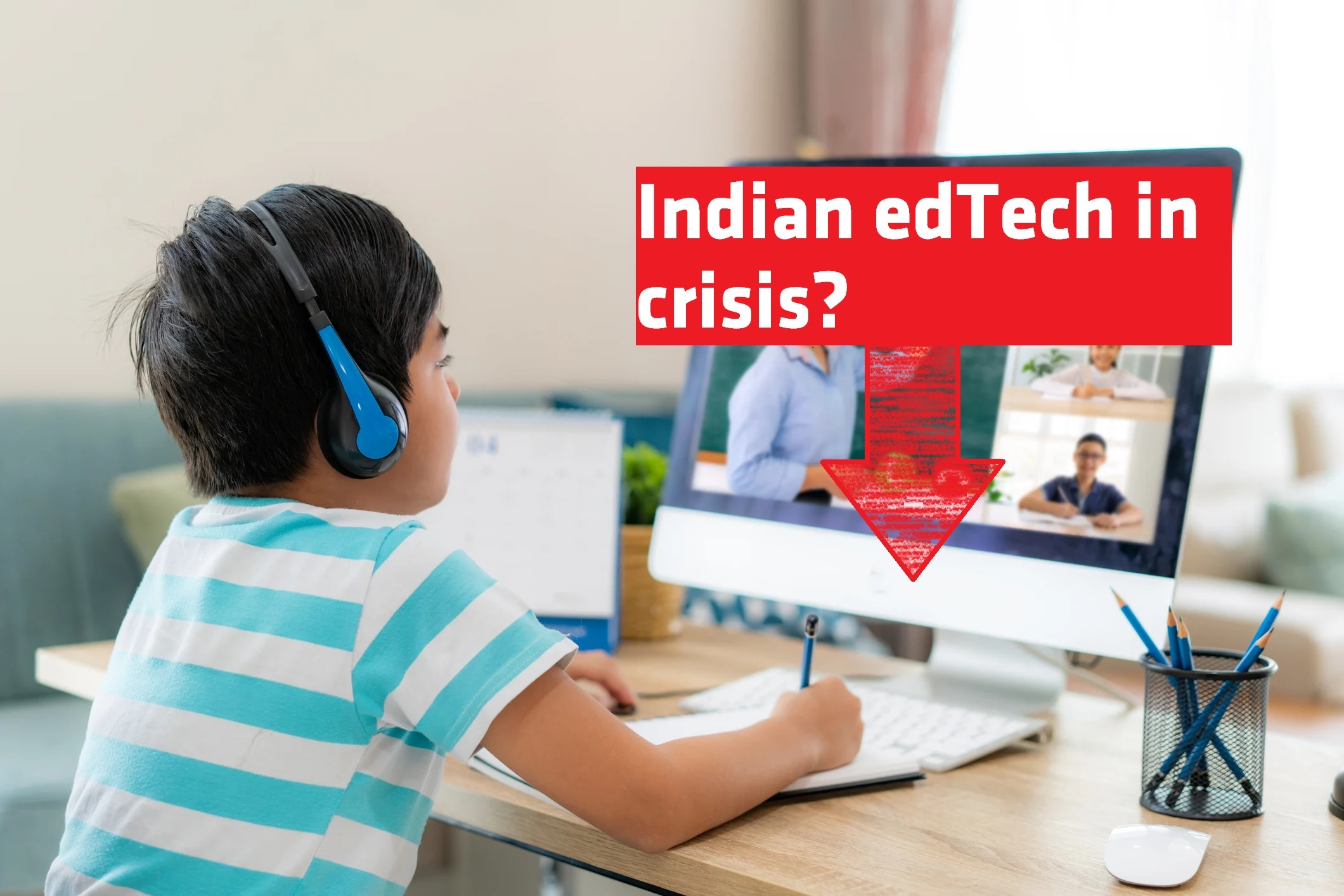 Since the start of 2022, nearly 4,000 people have either quit or been fired in this sector. To understand how this happened, we have to look at how did we reach here? Indian edtech as we see it today started in early years of last decade. Around 2016, when jio came, suddenly these companies saw huge influx of people consuming this educational content and this was the time when VCs took this business seriously.

BYJU’S raised more than $100 Million in 2016 and became India’s first edtech unicorn in 2018. Companies like Unacademy and Toppr also raised venture capital at this time. This continued on till 2020, when the pandemic hit the world, and all education moved online.  In 2020, Indian start-ups raised $10.14 Billion in total in 2020, and more than 20% of this went into edtech. In 2021,

These acquisitions and sharp growth meant that these companies were spread too thin and this resulted in companies lose their focus and move away from their core businesses. And when in 2022, things started opening up, students are now choosing to switch back to a mainly offline educational experience.

These has resulted in declining revenue for edtech start-up’s, which means higher customer acquisition cost (CAC) and now companies find themselves too spread out.

In February of 2022, Lido Learning announced they are shutting down, resulting in 1200+ people losing their jobs. Then in March, Unacademy shut down their K-12 business, and in April it was announced that they’d laid off about 1,000 people. Vedantu was next with 200 employees, and then between 200 and 800 employees resigned when BYJU’S-owned WhiteHat Jr. asked them to stop working from home.

With the decline of revenue, another issue these companies are facing is funding crunch. Now as the demand of edtech is slowing down and number of new customers is decreasing, investors aren’t quite as enthusiastic. In addition to this,  global economy has also taken a turn: the Russia-Ukraine war has caused supply chain issues in almost every sector, creating a sense of uncertainty and panic in the market. These edtech start-up’s are trying to extend their runway in the hopes of surviving the global venture capital shortage and staying alive.

So now, what does the road ahead look like for Indian edtech? It seems we will see more layoffs in the near term and companies will have to take sharp measures like price cutting to stay attractive for students. For example, Vedantu recently launched Ai Live, a cheaper alternative to their main offering, where an annual course costs just 5000 Rs, compared to earlier price of 22,000 to 25,000 Rs.

Other thing these companies will have to do going ahead, is take an omnichannel approach. BYJU’S, for example, acquired Aakash for $1B back in 2021, which seems like a smart and long term move now. They’ve also launched BYJU'S Tuition Centre, which combines offline and online learning experiences in 200 cities. Unacademy, too, has launched an experience center in Delhi, and they’re looking to open similar centres in Kota, Jaipur, and Lucknow too.  Upgrad is also making the transition to offline - they acquired offline test preparation institute, The Gate Academy, which has about 50 centre’s across India. We also have Physics Wallah Pathsala, which is PW’s offline offering for students in a number of cities across India.

Another angle here that is worth covering is market consolidation. It happens when after a boom in funding and new businesses opening up, there is a dry period and smaller companies either have to get acquired or they get out of business as they can't keep burning money like big players.

We saw this in e-commerce back in 2012 and 2013 - you had Snapdeal and Paytm Mall and Shopclues and Ebay, but now, you just have Amazon and Flipkart. Same thing in Foodtech - Tinyowl, Foodpanda, Uber Eats, they all lost the food fight that culminated in Swiggy and Zomato coming out on top. Now same thing is happening in edtech. Companies have to take measures so that these layoffs could be reduced. Companies need to establish a well-defined HR structure and policy, where they hire right candidate and keep them for the long term. This hire and fire approach isn't sustainable in the long run.

Comments on The dark side of of edTech start-up story